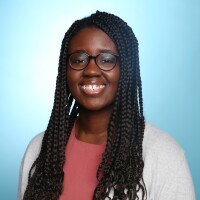 Arit John joined the Los Angeles Times in February 2020 as a political reporter covering the presidential campaign. John previously worked as a Styles reporter at the New York Times, as a congressional and political reporter at Bloomberg News, and as a breaking news writer at the Atlantic. She grew up in Rancho Cucamonga and studied English at UCLA.